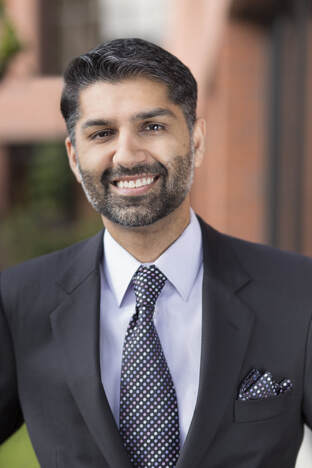 Emil J. Ali provides legal representation of professionals across many regulated industries to limit, defend, and deflect liability in regulatory and professional conduct investigations, enforcement actions, arbitrations, and court cases. His diverse experience affords him the ability to provide advice and counsel to licensed professionals including investment advisors, broker-dealers, registered representatives, and attorneys.

Emil formerly investigated and assisted in the prosecution of attorney misconduct at the United States Patent and Trademark Office, Office of Enrollment and Discipline (OED). While at the OED, he helped to promulgate the USPTO Rules of Professional Conduct, which are based upon the ABA Model Rules of Professional Conduct. His unique experience affords him an understanding of the regulation of the legal profession. Emil has routinely presented and written regarding best practices for professionals to avoid regulator complaints. He also provides guidance to law firms and attorneys regarding employment transitions and the related conflicts. Additionally, Emil is an adjunct professor of law at Lewis and Clark Law School in Portland, OR.

Emil previously worked for the United States Department of Labor, Employee Benefits Security Administration where he regulated group health plans and promulgated regulations under the Affordable Care Act. His experience at the DOL allows him to help clients understand the complex provisions of ERISA, including fiduciary obligations, and the Affordable Care Act. Emil also managed the commercial regulatory affairs program at Providence Health Plan where he led a team of professionals to provide regulatory compliance assistance for a multi-billion-dollar health insurance issuer.

Emil has represented clients before the SEC, various state securities regulators, state accountancy boards, medical and osteopathic boards, the USPTO, and within state and federal courts. Emil regularly counsels clients on a wide range of other corporate compliance and general counsel matters and acts as outside general counsel to a number of companies.

The professionals at McCabe//Ali speak at numerous events throughout the year for some of the largest bar organizations in the world, both online and in-person. Topics include Trademark and Patent Ethics, Malpractice Defense, IP and USPTO Ethics, and more.

A resource for intellectual property attorneys regarding patent and trademark ethics, professional liability, and discipline, including the latest USPTO and court decisions, trends, news, and analysis. 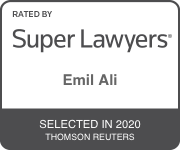