On December 22, 2020, the U.S. Securities and Exchange Commission (SEC) announced a new rule to replace the decades old framework governing advertising and solicitor arrangements for registered investment advisor (RIA) firms.   While this rule still requires interpretive guidance from the SEC, the team at McCabe & Ali, LLP provides a brief explanation of some of the changes.

The rule replaces the current limitations with 21st century provisions designed to accommodate the new wave of technology, social media, and the use of the internet.  To that end the rule permits the use of testimonials and endorsements—a stark change from current practice and prior examinations and enforcement actions.  The rule also provides for amendments to the Form ADV, to capture RIA marketing plans.  This brief article discusses high-level points regarding the most common questions we believe advisory firms will have.  Notably, we are not discussing the changes to performance advertising in this article. 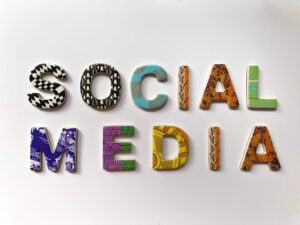 The rule encompasses “advertisement” to include communications by an RIA: (1) offering advisory services; and (2) regarding endorsements and testimonials.  The SEC indicates that an advertisement needs to be made to more than one person (unless there is hypothetical performance) that offers investment advisory and private fund services, among other things.  While the SEC has carved out certain communications from advertising (i.e., ADV documents), such could still be considered advertising if they include certain information).  Advertising also includes endorsements or testimonials for which there is compensation.  Notably, the SEC clarified that the compensation need not be cash (i.e., an offset or discount on advisory fees would be considered compensation.  This is a stark change from interpretations under the current solicitor rule framework.

Similar to the spirit of the old regulatory construct, the new rule prohibits false or misleading statements, material omissions, etc.  Importantly, the SEC clarifies that it would be misleading to discuss benefits without providing fair and balanced treatment of associated material risks and limitations.  While the proposed rule indicated the need for a centralized review of advertising, the final rule removed such a burdensome requirement.

The rule permits investment advisors to utilize “testimonials” and “endorsements,” including providing direct or indirect compensation for the same, if certain conditions are met.  The basics of such requirements include a clear disclosure of: (1) who the endorser is (i.e., current client); (2) the fact that compensation was provided; and (3) a statement regarding the conflicts of interest resulting from the RIA firm’s relationship with the endorser.  The firm must also have a structure in place to ensure the endorser is not an illegible or disqualified person, a written agreement, as well as a good faith basis to believe that the testimonial or endorsement complies with the rule.

The rule does provide some relief from compliance with the above for those testimonials and endorsements where there is little (de minimis) or no compensation (i.e., no written agreement and disqualification prohibition).  At this time, the SEC has stated that such would be $1,000 or less during the preceding year.  The SEC also permits advisory firm affiliates to be exempt, similar to the in-house solicitation exceptions.

For years, RIA firms fought the SEC during investigations regarding the propriety of specialized advisor review websites—with a mishmash of how they could be used and advertised.  The new rule defines the term “third-party rating” as a system for rating of the firm provided by a non-related party who does so for usual business purposes.  An RIA firm may participate in such so long as it would appear that respondents can make both favorable and unfavorable results (i.e., the advisor could have negative responses to the “independent survey.”)  The RIA firm or review website must also clearly disclose: (1) the date and time period for the rating/survey; (2) the name of the third party providing the rating; and (3) whether there was any compensation for participation.

As noted above, the Form ADV was amended in Part 1A to add new Item 5. L.   This new Item requires RIA firms to disclose their marketing practices, so that the SEC may track such.  We believe that such responses will be tabulated and compared to RIA firm peers to help initiate routine examinations.

The Marketing Rule, originally published by the SEC on December 22, 2020, has an effective date 60 days after publication in the Federal Register.  RIA firms may begin to use the new rules at that time, but will have an 18-month grace period to come into full compliance.  Notably, we should soon learn which No Action Letters the SEC will be withdrawing.

McCabe & Ali, LLP’s securities practice covers a range of areas including securities fraud investigations, inquiries initiated by the SEC, FINRA, DOL, CFP® Board, and other state regulatory bodies.  Our experienced team has a combination of talent and government experience to help protect our client’s license and good name.